Discuss the economic problem and how it can be solved 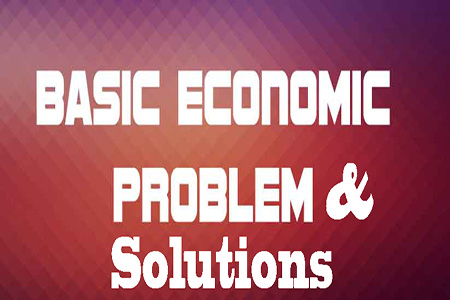 Suppose you want togged a factory in your area.so first you have to think about what the factory you will be build .then I decided, yes you got the factory to make the pen. Makes pens for your nearest school college students.

Everything done but how to produce .you like machine based production from staff. Then you will follow capital intensive production. The above facts are a lot.

In order to produce a product, two strategies can be followed.

Now let’s see what these are
Suppose your friend is a business in America, another friend china based on the business capital of America’s friend and chinas friends’ business reliance. Because there is more capital than labor in America but china has more labor than capital.

No products will be produced only if they do not have to produce them properly and should be distribute and the economic problem will be solved through the consumption of those products or products.

Islamic economy is governed by 4 main sources of Islam.

The economy of Bangladesh is a mixed economy.

Now let’s know what is the the substrate and macroeconomic:

Where personal needs, income, consumption, savings, investment etc. that is, every single individual in the economy is analyzed separately, so the economy of the substratum.

And the economics of any country that are discussed about the overall economy of the country are called macroeconomics.