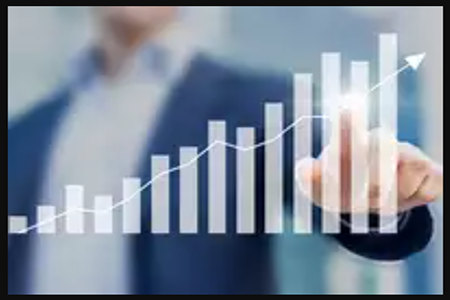 Long ago, a King of East Bengal decided to consult the financialists about the future of the state. The finance minister gave the responsibility. After the discussion, the minister came to the courtroom. The king asked, “Say what the economists have said?” The minister said, “Economists have divided into two, one share optimistic, another is disappointing. The king said, “Talking about the optimists,” the minister replied, “People will eat grass in the next ten years.” The king said, “What did the pessimists say?” The minister said, “For the next 10 years, we eat grass Can not find. If an economist thinks that the painting comedy, which is for economists, how can it be considered? However, Akbar Ali Khan wrote such stories in his book of superstitious economics. Economist Karlayle did not exclude information from the birthplace of the economy as “depressing science”.

Speaking about the “Economy Economy” book by renowned economist Akbar Ali Khan of Bangladesh, who completed M.A.P.H.D. in Economics from Queens University in Canada. In August 2000, the book was published from University Press Ltd. Various writings of the authors of various authors, essays, articles published in the magazine (in the journal), are in the form of a paragraph. A total of fifteen articles are inserted into it.

Modern economics rely on mathematics. Economic different theories and models (models) are mostly ignorant and inscrutable to most people. When the complex content is highlighted through the use of comedy and stories, it becomes easy for everyone. The author has done this work throughout the book. Those who are interested in learning about economics have made a complete success by the author of this book of different kinds. It is good to say that this book is of different taste but loyal to the mainstream economy.

Finding fundamental books in Bengali language and finding lost money in grass is the same thing. It is also difficult to get every simple and easy presentation of complexity. In that case, the book will not leave the reader impressed. So the book is very easy to come up on my favorite list. If you pick up this book for the initial knowledge of the economy, then there will be no way to raise that hand toward deeper knowledge.

In a few articles in the book, briefly do not give some information. In the article “Pork Economy of Pigs”, who claim to have a bribe but does not work, their pork boy said. The author’s efficacy of the misdeeds of the bureaucrats and its impact on the economics is highlighted. As a former government bureau, the author has given the proof of the real knowledge on the page.

In an article in Economics of the health sector, as well as the do-iter, “Economy of the Living Dead” in the article. Year after year budget deficit reveals the government’s failure. The failure of the author to share this failure in two categories and not the error. This figure has come up in the article “Political Economy of Reform”. Mullah Nasruddin’s Economics

Some seven years before the beginning of the economic economy, some elements of the economy have been presented in the story. Today we see the reflection of those stories in mainstream economics. Although fundamental economists do not accept Nasruddin as an economist. There is an article about “Economics of Mullah Nasruddin”. In the article “Sonar Bangla: Economic and Historical Concepts”, in the essay, the true story of the history of Bengal’s economic history has been misplaced. At the same time, the challenges that we have to deal with. In the article “political economy of exploitation”, capitalism and socialism have been described as a revolution of each other. Kal has shown the absurdity of the socialistic interpretation of Marx one by one. In the article “Economist and Economist as a Man,” economists themselves have created the idea of “economic people” and themselves have made such comments that they are running behind it.

From the article, the name of the book “Athletic Economy” in the article explains the principle that non-voluntary economic activities will be more fruitful if they follow the rules of the rules.

At the end of the book, Bangla from English and English, Bangla gave two types of terminology and index. Referred the reference at the end of each article. From which the reader will not have problems to get a light view of the author’s knowledge range. Economists have expressed their confidence in continuing to pursue the complete and perfect knowledge of the “Finding the Philosophy of Economics” in the article.